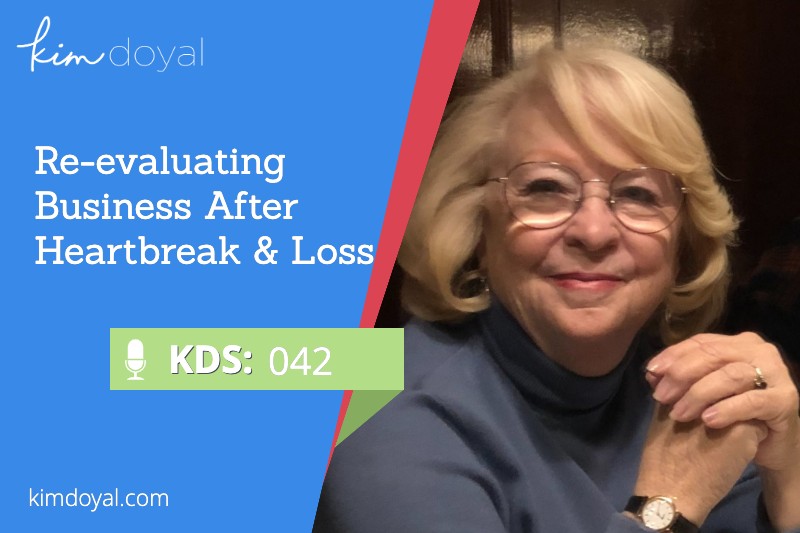 This summer has been a complete and teary blur.

I’m going to do everything I can not to make this a sad, depressing episode, but bear with me as this is coming from a painful place.

I’ve shared this on Facebook so I know it won’t come as a surprise to many of you that my Mom passed away on July 14th. She had been sick for about 4 months and was basically misdiagnosed over and over again from her doctors. She started not feeling well in February and was told it was 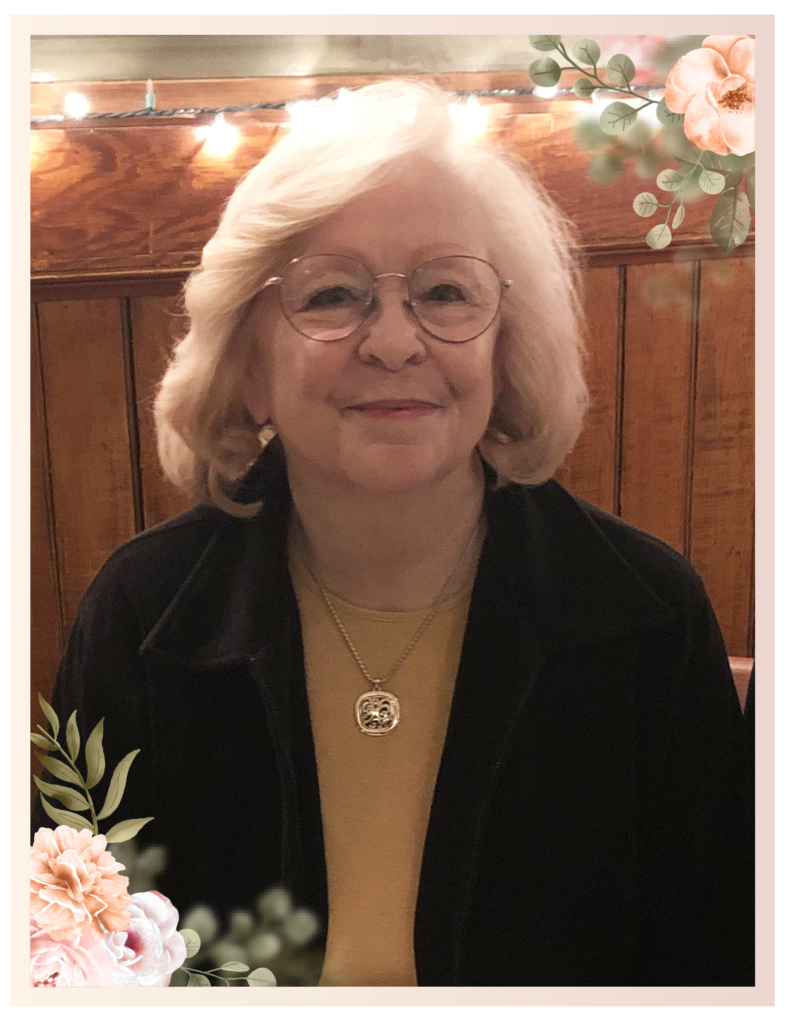 just a bug. Long story short, it wasn’t. She had had a heart valve replacement 6 years ago and also had a port in from chemo two years ago (which I think should have been taken out), we believe the port got infected, which then infected her heart. By the time my Dad took her to emergency (since none of the doctors ever bothered to look at her heart), she had a very serious heart and blood infection.

The rate at which she declined in the hospital was astounding.

And makes me question everything I thought about our medical system, healthcare in this country, and what that means for me moving forward (don’t worry, I’m not going to get into a political rant about our healthcare system).

She spent two weeks in the hospital while they tried to figure things out, then was transferred to San Francisco because they’re the cardiology specialists, and spent 4 weeks there total before she passed away. It was such a roller coaster… she wasn’t strong enough the first time they were going to do surgery, then she made it through the surgery. Only to get a bacterial infection (that you can only get in the hospital) that caused her organs to shut down.

I know I’ve talked about my parents a few times on the podcast, but for those of you who don’t know or haven’t heard those episodes, I adore my parents. My Mom was the rock of our family. They celebrated their 50th wedding anniversary last year (and fortunately had a huge party to celebrate).

Even though you would never have known it by looking at her, my Mom had gone through some major health challenges in the past 20 years.

Breast cancer twice, major back surgery (which she then lived with some nerve challenges in her legs), and the heart valve replacement.

I honestly think her body was just tired.

I’m grateful that through encouragement from my therapist, I had some really hard conversations with my Mom in the hospital. In no way was I ready to say goodbye to my Mom (she was only 71), but I needed her to know it was O.K. if she felt it was time to go. I thanked her for the most amazing childhood and for being the absolute best mother and grandmother.

Needless to say, my family is heartbroken.

I was also in the process of moving (staying with my sister for a couple of months then my plan was to move up to Boise in the fall)… so have been beyond physically exhausted as well. I decided to move up to be with my Dad for a while to help him through this, which is a little bittersweet. My parents’ place is up in the mountains and is absolutely beautiful and peaceful. On the flip side, everything here reminds me of my Mom. My daughter helped me get my office & room set up before she headed back down to Southern California, but it’s going to take some time to get settled.

This grief is unlike anything I’ve ever felt.

When I lost my husband in 2003 I was devastated. He was only 32, our children were very young and all of a sudden my life was turned upside down.

Yet somehow I found my way through it.

I know I’ll find my way through this as well, but the hole in my heart is deep. It’s going to take a long time.

The last thing I expected with this loss was that I’d be thinking about my business.

Anytime you’re forced to step away from your business you’re going to get a different perspective on things. I know this is probably stating the obvious, but when life hands you things that are heavy and truly life-changing the things that concerned you or worried you in your business seem almost irrelevant.

I was still somewhat connected during the last month, I just didn’t engage.

I shared things about my Mom and engaged a little bit on those posts (and this is primarily on Facebook), but outside of that, I couldn’t have cared less.

As I started getting settled last week and getting back to work (I’m back in full swing this week), I made a very conscious decision to start eliminating things that no longer serve me. That’s as simple as unsubscribing from email lists, leaving Facebook groups, and snoozing or unfollowing people on social that are just distractions.

Less scrolling, looking and wasting time. I had turned off the screen time on my phone as soon as they added that because I didn’t really want to see how much time I spent on my phone (wasted). Being more or less ‘forced off’ social made me realize I wasn’t really missing all that much.

And hear my heart…

… this isn’t coming from a place of negativity or an anti-social media stance.

I simply realized I didn’t miss it.

It’s also very easy to feel like you should be doing “ALL THE THINGS” with online marketing. There are so many different types of content, strategies, automation, marketing, advertising… it’s overwhelming if you try to do it all. You also end up not doing anything really well because you’re splitting your energy (or at least that’s what happens for me).

We all know video is huge and it works.

I just don’t enjoy doing it all that much. Yet I found myself thinking I should be building my YouTube channel, creating a video strategy, etc. (and I’m not saying I won’t). But here’s the thing…

I enjoy writing and podcasting more than video.

Why on earth would I put energy into something that:

The other thing I took a long, hard look at is the people I engage with.

I think in many instances I’ve looked at business relationships as more of a friendship and have set unrealistic expectations on people. The crazy thing is that I kept going back to the same people expecting them to be something different, which is totally on me.

And before I go further with this topic, let me just give my typical pre-qualifying statement here:

I truly believe I am completely responsible for how I feel.

I also subscribe to GaryVee’s take on expectations: which is to expect nothing from anyone. I know that might seem harsh, but we’re all busy with our own lives and businesses. To assume what I’m working on or doing is as important to someone else as it is to me only sets me up for failure.

I refuse to believe that people are consciously doing things from a negative place or from a less than kind intention… but that doesn’t mean it doesn’t happen. I know I’ve let people down and disappointed plenty of people… we’re all human, doing the best we can.

My primary focus has to be on my business, brands, and myself.

It also means only subscribing to and following people whose message I truly resonate with.

Subscribing to ‘guru’s’ or marketers just to stay on top of things is simply a waste of energy. I love staying on top of different types of technologies, such as Messenger, (which I still feel has a ton of potential, I just haven’t had the time or energy to put into it), so will stay subscribed to those things because I enjoy it, but outside of that?

What this means moving forward…

The first word that came to my mind is Freedom.

Freedom from the self-imposed expectations I put on myself about what my business looks like. The “shoulds” are gone (at least for the time being).

In terms of the work I’m doing, nothing has changed.

We have plans for the Content Creators Planner (complementary products and training), we’ve increased our ad spend and added more ads. We’re starting to look at holiday sales and plans for the planner and putting things into place now. We’ve got content we’re working on for the brand as well and will be testing paid traffic to content to see how that performs as well.

Two courses: one smaller, Content Marketing Secrets, and a larger signature course, Create, Convert, Sell – which I’m working on a book for as well (and will try the free plus shipping model).

I will probably have some smaller courses here and there (a one-off course), but my goal is to stay focused on the two courses. Market them and continue testing and tweaking until it’s working like a well-oiled machine.

My podcast has suffered over the last year and I miss it, so that’s going to be a priority plus content on my own site.

Content Creators on Facebook has continued to grow and that’s where my time and energy on Facebook is going to be spent. I don’t know what that looks like exactly, but I’ll figure that out as I go.

Lastly, thanks for sticking with me and being patient as I’ve gone through this.

I’ve been overwhelmed by the love and support from so many people.

I know I have an angel watching over me and guiding me in my business. My Mom was always my biggest champion and I feel stronger about where I’m going than I ever have before.

As hard as it feels to do this without my Mom physically here, I know she’s with me.

In Loving Memory of My Amazing Mom 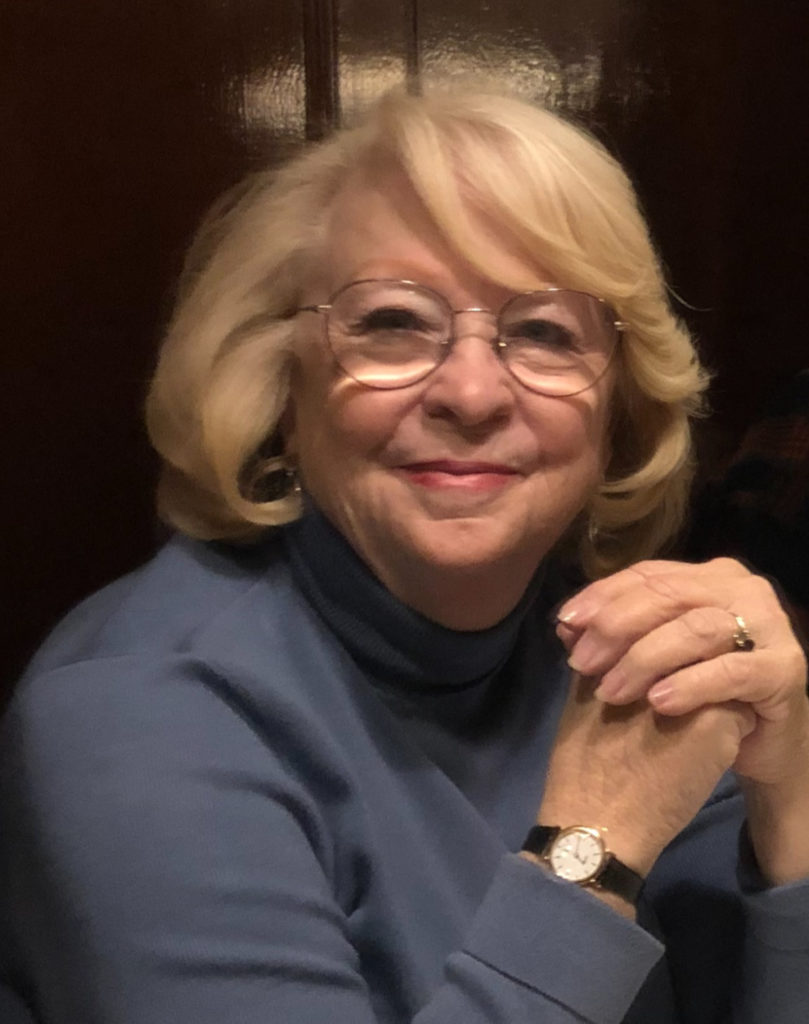