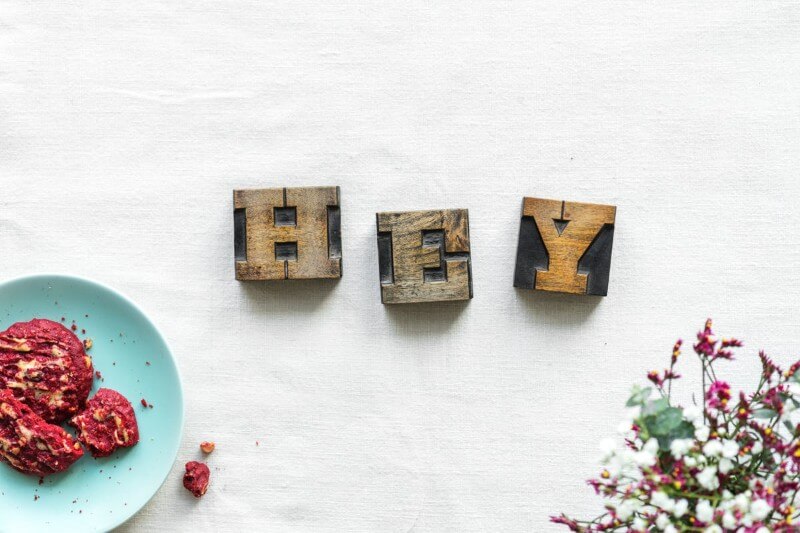 It’s been way too long since I’ve had a conversation with you guys via the podcast. This has been a long time in the works and I have to give a HUGE Thank You to all of you for your patience.

Since this is the first ‘official’ episode of ‘The Kim Doyal Show’, we’ll start with the hello, but this will probably go in a few different directions but I promise I’ll bring it full circle for you. Many of you have been listening to the podcast when it was ‘The WordPress Chick’ podcast, and thank you for listening all these years. I’ve said it so many times, but launching the podcast was without a doubt the best thing I have ever done for my business. Not only did it help scale my business, but I gained business via clients and coaching, sponsorships, new friendships, and a level of authority that wouldn’t have happened without the podcast.

I started the podcast for ONE reason only: I wanted to have more fun.

And I did… for a long time.

As my brand grew and I found my voice more (through the podcast), it became more and more apparent that I needed to move in a different direction.

Something I’m sure many of you have felt at one time or another (this is something I debated years before I really accepted it needed to happen). The waffling of “is this really what I’m supposed to be doing?” is simply part of being an entrepreneur. No matter how grounded and on-purpose you may feel with what you’re doing, those moments are going to come.

It’s what you do with those moments that make all the difference in the world.

I remember very clearly when it hit me that it was “time.”

It first started with the decision that the ONLY way to move forward was to stop doing work I didn’t want to be doing. Which was pretty much all the paid work I had been doing for the past 8 years (talk about scary!). I had some other income and at the time I made this decision I wasn’t too worried because we had begun the process of bringing LeadSurveys to life.

When I finally finished the last website I felt like I had won the time lottery (the funny thing I’m realizing as I type this is that, much like Dorothy from The Wizard of Oz, “I always had it in me”… the power to ‘go home’). It would be months before all service work came to a close (I had shut down the outsourcing side of my business a month or so prior to finishing the last website, but I had a couple clients on retainer that lasted a few months longer). In addition to the all of this income, I do have some affiliate income as well (which is kind of a hit or miss since I promote primarily through content marketing and email, but I’ve never looked at affiliate income as a primary source of income). I’ve gone through different periods of time when I’ve had podcast sponsorship as well (and this may be something I look at down the road for this show as well, I haven’t quite decided).

In the meantime, The WordPress Chick was still cranking with the podcast, email, and content.

It was probably mid-year last year when I started thinking about moving on from the brand. I even debated selling the site and brand (even though I was ‘The WPChick’, I still think I could have sold it, but there was something that felt disloyal about that. I also realized I wasn’t willing to give up the relationships I had built with my audience who would want to continue on the journey with me). During that time we got closer to launching LeadSurveys (more on that in another episode), I launched the Content Creators Facebook Group (another one of my ‘best decisions’ I had made in my business). All of the sudden my new direction felt clearer… I can’t say that I knew exactly what that looked like, but it was going to be focused on content and content marketing.

When we first launched this (I’m doing this with my good friend and secret weapon, Steve O’Sullivan), the goal was to launch a premium community on the backend. For some reason the momentum behind making that happen stalled. Which, as much as that was frustrating at the time, was probably the best thing we could have done. Our focus was solely on building the community and creating relationships within the community. That premium option may be coming, but we’re not attached to what that looks like right now. All I know is it is an amazing community of quality content (lots of value), engagement, and positive people (the fastest way to get booted from the group is to be negative. Buh-bye).

At the time of this writing, we’re close to about 2k members and I couldn’t be happier with where things are heading.

Why I finally pulled the trigger.

I had started planning the move to a personal brand late last year, but sometimes we need a little shove or in my case, a brick upside the head, to make the move we know we’ve needed to make.

In March of this year, I hosted a Virtual Summit, Content Creators Summit. I pulled this together somewhat quickly (24 speakers, 4-day summit)… in total it was maybe 6 -7 weeks (probably wouldn’t do that again)? I had been thinking about doing a summit for a long time but didn’t want to do one around WordPress because I knew I was going to be moving on from that space. I focused on 3 primary categories: written, audio, and video content. I had 8 speakers in each category but scheduled a mix of categories on each day. I pre-recorded all the sessions and pulled it off. Originally I was going to do a complete recap of running a summit (and still might), but I knew I needed a little more space from the summit before I talked about anything. Why?

Not in the summit itself, but in people who said they would share and promote but didn’t.

I don’t want this to go sideways and become a pity party for myself (I wasted enough energy on that directly after the summit), because the content was amazing, a lot of people DID promote, and it was the most I had done in product sales (remember: my business relied on service work, so this was pretty exciting).

It also became abundantly clear that it was time to move on from The WordPress Chick. The support and results for the summit came primarily from my group and people outside of that space. I’m not going to go into any more detail with that, but suffice it to say that the little girl in me had her feelings hurt. After having supported people in that community through the podcast and brand for years, it was a real let down.

Once I decided to get over being a martyr about everything, I felt 100% better.

Regardless of why people did or didn’t promote/share the summit… it was my responsibility. GaryVee talks a lot about never being disappointed in people because he expects nothing from anyone. While I am nowhere near that, I’ve decided it’s something I’m going to consciously work on. It also means that when it comes to marketing anything I do, it’s solely on me (doesn’t mean I won’t have affiliates or JV partners, it simply means I’m going to expect my results to come from my own efforts. Everything else is gravy).

Which brings me full circle to my ‘Hello’ and pulling the trigger on the personal brand.

It was simply time.

I still may talk about WordPress from the perspective of tools and resources, but my focus is on content and marketing. I never wanted to build websites, it just happened and I couldn’t see a way out for the longest time. I pretty much had to ‘burn the boats’ so there was no going back.  I still have some wonderful connections and relationships with people in the WP Community and will continue supporting them when it’s relevant to my audience and provides value. Those interviews, however, won’t be an integral part of the show.

It feels like a huge weight has been lifted on my shoulders.

To get to show up however I want (not that I held back, but I did feel stuck in the WP space), share and discuss what I want… it’s a big relief. Why? Many reasons, but mainly in the WP space I always felt like “one of these things just doesn’t belong here” (Sesame Street song for those of you who aren’t in the U.S.). This was primarily because of my own self-imposed beliefs but I also received a few snarky comments from developers early on in my WP days. Even though that didn’t stop me, it was always lingering in the background.

No more holding back.

Just to name a few.

I also have a couple personal things that are a priority for me (my health/weight and money) and I’ll be sharing the journey on this site and through the podcast (which scares the bejeezus out of me, but the bottom line is my life works well when I set up accountability, so may as well go all in, right?). I’ll continue the format of having a guest on and doing solo shows, but it may be more of a conversation than an interview (depending on the topic). As an example, I had a great conversation with my dear friend Jon Perez. Jon was heavily involved in the WP community but took a HUGE step away from everything for quite a while when he had some major life changes occur. We had an in-depth conversation about this and where he’s at today.

My intention with the show is to leave you feeling better than you did before you listened.

We’re going to go on this journey together… let me know which episodes you like most, what resonates with you, or what else you’d like to hear.