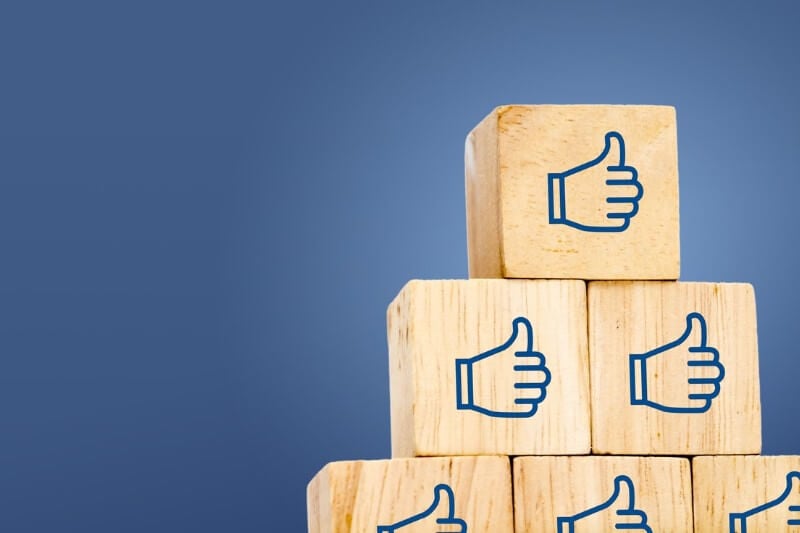 My first Facebook Group was started in 2008 (yep, my first year in business). It was called ‘The Women of Internet Marketing’. Even though I was really new to online marketing (WordPress was only 5 years old at the time, Facebook and Twitter were in their infancy and YouTube wasn’t quite the powerhouse it is today), one thing was very clear… it was dominated by men.

Now, here my heart. I have nothing against men and my audience is pretty evenly split between men and women, but at the time, it felt pretty lonely. It felt hard to find women to connect with that were making a go of this internet marketing space. So, with the help and encouragement of a friend, I created The Women of Internet Marketing.

Which honestly, was a great idea and had a ton of potential. I, however, wasn’t quite where I needed to be to foster and grow a solid group. Because I was so new to this space I didn’t have the confidence to ‘lead’ a group of women. I was also coming off having had a ‘job’ (I had a small cushion to get my business going) and was very resentful of having to ‘give anything away’ for free (my how times have changed).

The group had some great traction, but as my business started growing I didn’t do much with it and before I knew it, it had become a massive spam hole for MLM and direct sales pitches. Someone else who had been an admin in the group asked me if I was using the group and I pretty much said ‘take it, it’s yours’.

The time between then and now Facebook Groups were kind of on the back burner for a lot of businesses because there were great results with Facebook pages. The only groups I really participated in were private groups, a mastermind, a specific product or course I had purchased. Facebook Groups were treated more like help/support places and less about building and growing a community.

For the longest time, I was hesitant about doing anything around a community or membership because I always felt like I “didn’t have the time.”

When I had client work (websites and podcast services), I felt like my time was so limited (and truth be told, I was resentful of anything that took time away from me working on ‘my stuff’, and I know, this all sounds a little ass-backward) so the last thing I wanted to do was show up and give more of my time away.

Building a community takes time and commitment. In order to succeed you have to go in with the long-game in mind.

I wasn’t in the right place to do that until last year.

After I finally said I was done with service work.

I was beyond scared that I had made the decision to finally close the door on what had essentially been my business for 9 years, but for me, I knew I needed to draw the line in the sand and ‘burn my boats’ (no going back). As I’m thinking about this it seems so counterintuitive… cut off your primary source of income and start something for free that will require you to commit to consistently putting in time and energy… and showing up.

What made this really easy was that after closing the door on the client work I felt like I had ‘won the time lottery’ (if such a thing existed).

I also had a plan for the group, which was to launch a premium membership around content creation. I asked a friend if they wanted to help with the group and membership, but it would be an offering from my site/business and they could work in the background. I had a brand and an audience so it seemed like a great idea (I’ll circle back to that in a bit).

I had been spending the previous year and a half going back to the things I loved and focusing on the fundamentals. After having spent thousands of dollars in a mastermind, chasing ‘big ticket sales’ (which I’ve talked about quite a bit, so I won’t bore you with repeating those here), I made the decision that it was time to do what felt right in my gut.

Here are the things I focused on, which I’ll admit, don’t sound very sexy… but they become sexy when they work:

When we started the group we didn’t have much of an initial strategy other than being consistent, providing value, and connecting with people.

Best thing I could have done.

Don’t wait until you have it all figured out to start. I started with the right intention and it’s one of the best things I’ve done for my business. We quickly created a few things that would be regular occurrences in the group (example: every Monday we have people post what their plans are for the week, every other Tuesday we have a #boostyourbizday where people can share a link to an offer/lead magnet of theirs, Friday’s are for sharing content).

Since then, we’ve created a few other things and are constantly testing. I’m going to go into more detail in the recording, but here’s a brief list and explanation of some of the other things we’ve done (and do):

Hot Seat: any member can be in the hot seat. I’m sure many of you are familiar with this term, but basically, a member has a content/business/marketing challenge and we unpack it together on a live stream in the group. We’ve done site reviews, business structure, course planning and outlining, and business clarity.

CreatorsPod: we’ve only had one of these so far (will host another in June), but this a group of ‘Creators’ (which is how I address everyone in the group) and we discuss a topic. The first CreatorsPod was on ‘where to find ideas’ for content. There were 6 of us total and it was a great discussion. Moving forward we’ll have a little more structure for these (we kept it at an hour, which was the goal) and had some great feedback.

Live Streams: I have a ton of fun doing live streams but am not someone who wants to just ‘hop on’ and hear myself talk (I’m saving more of that opinion for another post). I have a tendency to tune people out when they go live multiple times a day or get on a live stream without having a something of value to give or at least having an objective to the live stream. There have been a few Q&A’s, some training, and general question live streams. I’d like to test doing these more consistently for both adding value and growing the group.

CreatorsPulse: This is pretty brand spanking new (at the time of this recording). Because Facebook doesn’t really have an easy way to archive content in a way that is helpful, I thought that creating a weekly recap of highlights in the group (sent via email) would be hugely valuable. I’m excited to say that this has been very well received. I’ve only sent out 3 Issues, but the feedback has been fantastic. I definitely wish I had started this earlier (although I do trust that everything happens when it’s supposed to).

Top Contributors: This isn’t a weekly feature (but might be in the near future), but we use the Facebook Group Insights, take a screenshot, and create a post for the group thanking people for their contribution to the group.

We allow people to share their live streams in the group anytime they go live (most people forget they can do this) and also have some fun with random posts, such as…

What has been most powerful about these types of questions is the engagement. A lot of people participate in these threads who tend to be a little on the quiet side in the group and it’s a great way to get a little insight into people’s personalities.

From the strategic side of things:

Growth and Engagement: As much as I love seeing the number of members climb in the group, it’s truly about quality. I let go of vanity metrics with my business a while ago. I think more live streaming will contribute to both growth and engagement (this is really more about me having to get ready and have a plan, but I can do that). I won’t be doing daily live streaming in the group anytime soon, but a couple times a week would be highly beneficial.

Email & bots: I won’t ever stop doing email marketing, but I think there’s also a ton of opportunity with bots. I don’t know what that looks like yet (mainly because I haven’t had the time to really map out a sequence), but getting group members subscribed to a messenger bot is a great way to keep them engaged, let them know when we go live and when there are events.

Meetup: I’d LOVE to do an in-person meetup in the fall. Probably in the Bay Area somewhere (not sure how many people are close enough to come, but that’s O.K., you have to start somewhere). Then maybe I’ll travel to other parts of the country for a meetup (I’ll be in Ireland next June so will definitely do one there… I’m coming for you Dave Toomey! haha).

Get as many people to “JustShowUP” as I can: too many people overthink content creation and marketing. It’s never going to be perfect out the gate when you’re first starting, but it won’t get better if you don’t start. There’s something amazing that occurs when you commit to showing up consistently, you gain momentum and what was hard becomes easy.

Campaigns & Funnels: It’s never been more apparent to me that I need to focus on more automation. I’m working on 3 funnels, all which will include an element to drive people into the group. I may test some ads to drive traffic to the group (from Facebook into Facebook, which should be cheaper than sending traffic off of Facebook.

Premium Membership: This will be coming sometime in the next month or so. Stay tuned for more details on that, but it will basically be one premium content training a month (ex: how to use Medium for content marketing, gain subscribers, and get traffic), a featured expert, and a couple other things I’m toying with.

All that being said…

This is where self-awareness is vital. You have to be in this for the long haul and be willing to do the work and ‘show up’ whether there are 5 people or 5000. Consistency is key.

If you’re even thinking about starting a Facebook Group:

So, there you have it. I can’t wait to see where the group is next year at this time (although I’ll probably do a check in episode in December or January with where we are).

And of course, if you haven’t joined Content Creators, we’d love to have you!

Links & Resources from this episode