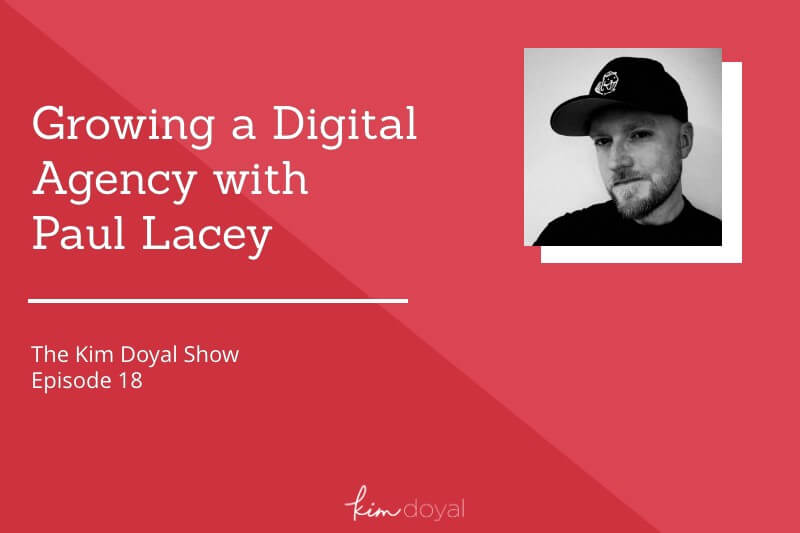 Paul Lacey is one of those people that once you get to know him you feel like you’ve known him forever (or wish you had).

I felt like I could have talked to Paul for hours, but since we’re a good 8 hours apart I thought it would be nice to let him enjoy the rest of his evening. Paul is one of the brilliant minds at Dickiebirds Studio as well as creating amazing themes for GeneratePress and now… he’s creating something amazing for Beaver Builder! ROWS!

We recorded this a while ago and at the time of recording, the rows for Beaver Builder were pretty hush-hush, but the team at Beaver Builder has officially announced rows so the cat is out of the bag so-to-speak. Paul sort of ‘fell into’ web design while going to University, one thing led to another, he continued freelancing and he ended up working for agencies before launching his own agency with his business partner Peter.

Paul shared a candid conversation about the ‘slow breakdown’ of their agency and how he felt that he had his own personal mental breakdown during the process. He realized they were more or less taking on any job that came in and there was no growth, which attributed to the slow decline of how they were feeling about what they were doing.

After landing a large UI/UX project and realizing they had underpriced the project he realized what they were doing wasn’t really working.

They took a hiatus from the brand, which no one even noticed, which is when he realized he needed to step back and get some clarity on what he was doing and where he wanted to go with his business.

Where to Connect with Paul