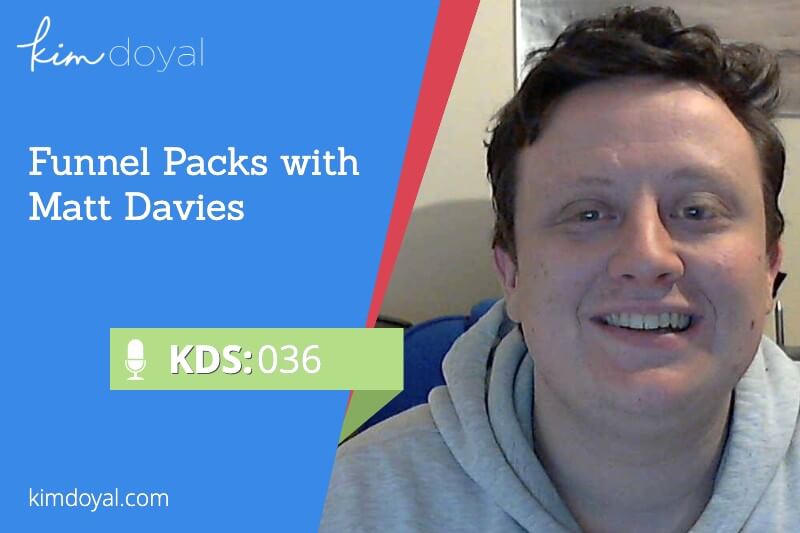 After doing a live stream demo with Matt Davies, the co-founder of Funnel Packs, I knew we needed to do a separate podcast interview. 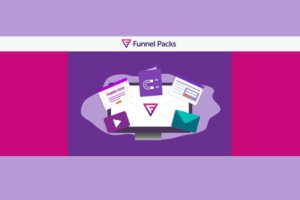 Unfortunately, not all live streams translate well to an audio-only version when you’re doing a demo and screen sharing. I’ve linked to the live stream below if you want to watch the demo.

Lucky for me, Matt Davies over-delivered on both the live stream and the podcast, so you won’t be disappointed.

Like the rest of my interviews, I had to start out by asking Matt about his entrepreneurial journey and what brought him to where he is today (running a successful agency and launching a product that his market desperately needed). Matt got his start way back when by building his first site on Geocities (anyone remembers Geocities?). Before he knew it he was learning HTML and built a website for his aunt & uncle’s bed and breakfast (for a bargain, but he was hooked when he realized he could get paid for building websites).

What’s pretty amazing about Funnel Packs is the ‘why’ behind why Matt and his partner Mel created this product that like I said, has been desperately needed.

Anyone who does client and service work knows there can be a feast or famine cycle.

You land a big project, start working your big project, and before you know it your leads have dried up because you’ve been focused on doing the work. Which is admirable, but isn’t a way to build a sustainable business.

Generating leads and marketing have to be part of what you do daily to drive and grow your business.

Matt realized his peers were missing that step that walks a potential customer through a process where they pre-qualify themselves, get into a value-based funnel, and come to you to work with you.

Funnel Packs are pre-built marketing funnels that contain everything you need to set up your funnel in under an hour. @funnelpacks Click to Tweet

Where to Connect with Matt

Free book from Drift (you pay to ship)

Watch my friend Kyle Van Deusen demo how you can create an entire marketing funnel in under an hour with Funnel Packs!