Feeling Pissy About Social Media? That’s On You [RANT] 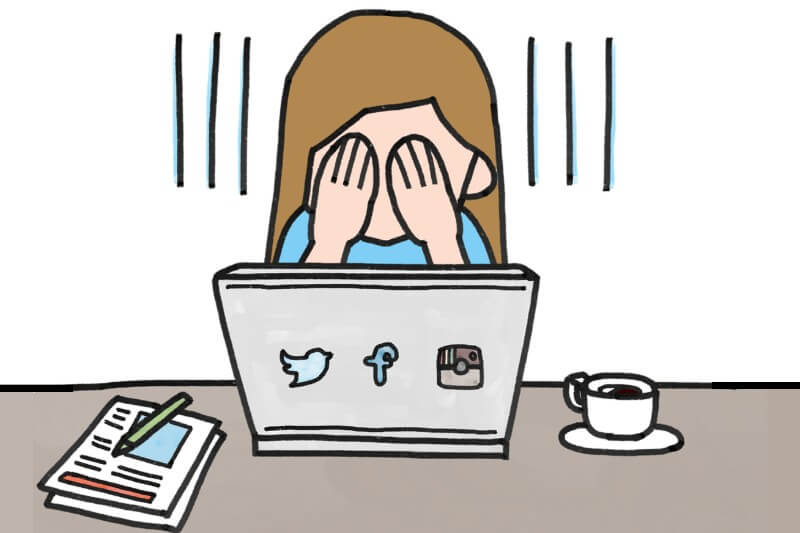 Lately, I’ve been thinking a lot about social media.

When I started my business in 2008 I created my Facebook & Twitter accounts because of a social media course I was taking, so I’ve always looked at social media from the business perspective and how I use it to connect and engage with my audience.

I’m grateful my kids were never fanatical about it (at 21 & 17 it’s pretty much what their generation knows, but neither really got heavily into it). When they did get into it, it wasn’t for very long (both have accounts on all the platforms, although my 17 yr. old doesn’t have an FB account. My 21 yr. old daughter does but that’s more because she has clients and works with me sometimes).

So I don’t have the same frustrations as some other parents might because their kids are glued to their phones.

What has made me take a step back and think about social media is the fact that we’re in a place where the platforms are maturing and audiences are getting wiser (and for the sake of this post I’m not referring to the ‘influencer’ space of people who have created massive followings without providing value. The ‘celebrity’ influencer space isn’t something I even care to discuss, let alone have an opinion about).

Throw in the challenging political climate we’re all living in (no, I’m not going to get into politics either), and social media can make anyone feel like they’re losing their mind.

Here’s what I don’t get…

… and I’m totally going to date myself here… but if you don’t like what you see, CHANGE THE CHANNEL.

In a time of keyboard warriors and pissing matches, some people seem to have forgotten that they don’t have to get offended because someone else has a different opinion. We’ve lost the ability to have civil discourse (watch the HBO show John Adams if you want to get an idea of civil discourse). The idea that you have a right to your opinion and someone else doesn’t is ridiculous. That doesn’t mean you have to agree either, just remember that you’re the one choosing to get pissed off. No one is doing it to you.

Feel free to unfollow, mute, unfriend… do whatever you have to do to create the social media experience that works for you.

Of course, that would mean being self-responsible, and it’s much easier to point fingers and blame other people.

I see this all the time in the marketing space as well.

People get completely worked up over the way someone else is doing business, whether it’s how they’re marketing or the way they’re selling.

Newsflash: You don’t have to buy from them.

However, it’s much easier to bitch and complain about things than spend the time mastering your craft, engaging with people, providing value, and selling.

You have to sell if you want to own a business. Selling isn’t smarmy and using well-written copy that makes people take out their credit cards isn’t bad. Does that mean you have to do things the way everyone else does?

But if you haven’t taken the time to learn, study, implement and test things, your opinion doesn’t carry much weight, does it?

At the same time, you have to have enough self-awareness to know whether or not something feels right for you. Go for it. In fact, go ALL in on being you, just do more than talk about it.

So if you’re feeling pissy about social media, here’s a list of things you can do to start shifting your experience.

And… if any of these things rub you the wrong way or you’re ready to start arguing about it, I challenge you to step back, take a few deep breaths, and get honest with yourself.

All that being said, I have moments just like everyone else.

It’s taken me a lot of personal work and shifting of perspectives to get to this point and I know that this is a lifelong journey, but I refuse to use up the currency of today on drama.

I’ve let go of a few friendships in the last year because they weren’t working. These were friendships I would never have thought I would have let go, but not everyone is supposed to stay in our lives forever. I realized the one thing these friendships had in common was that each of these people didn’t do the work, which at some point, creates a victim mentality.

I thrive when I have the right relationships in my life (as do most people). I’ve accomplished more in the past 8 months without these friendships than in the prior few years. The people you choose to surround yourself with is vitally important, be conscious of who you give your time to.

Choose to create the experience and lifestyle that works for you, and yes, this applies to social media.

Life is too short my friends.