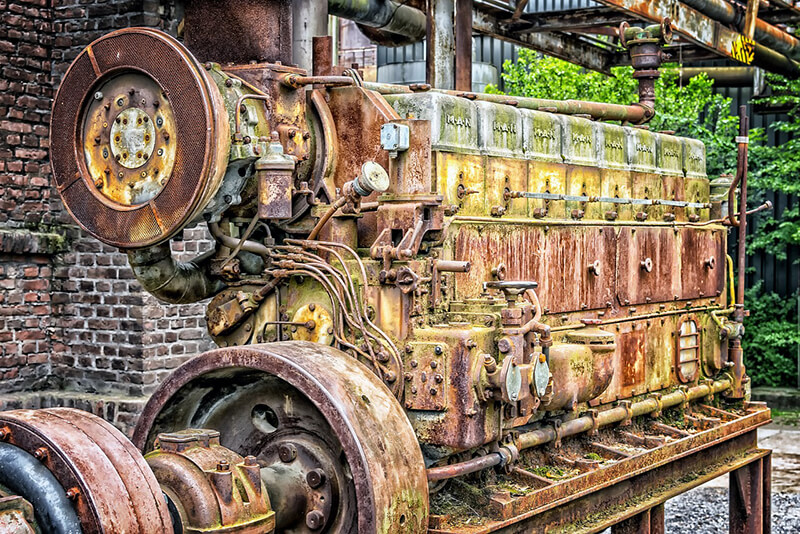 I literally just heard that on a webinar (podcast?) from Shane Melaugh of Thrive Themes (they’re launching a new podcast called Active Growth, so naturally I wanted to listen in for their launch. I love their products & content. They’re also brilliant at conversions & growth).

I’ve followed the content on Thrive Themes as soon as I became a customer. It’s one of the very few product sites I read regularly (they do content around using their products as well as online marketing strategies). One of my most favorite things that Thrive Themes does is break things down, step-by-step.

Which was no doubt why Shane said to “build the machine first.”

Before we get into building the machine, I wanted to talk about a few things I see going on in the online marketing space and what it means for us.

Obviously, there will always be the ding dongs out there who make huge income claims or get caught up in the ‘make money teaching how to make money’ space, but they won’t last long. During a recent podcast interview, I had with Troy Dean he reminded me of something I think most of us who have been online for a while forget… “there are literally hundreds of thousands of people discovering WordPress for the first time every day”… think about that for a minute.

And it doesn’t have to be WordPress.

They own more information products than they know what to do with, haven’t completed most of them (side note: plenty of these products may very well be great products, but most are rarely a ‘one size fits all’ solution), and are on total overload.

I wish nothing more for people to understand that creating a profitable online business takes work, commitment, and time.

Can it happen faster than an offline business?

As much as I try not to give energy to regrets, I truly wish I had gotten this lesson earlier. I wish I had trusted what felt right in my gut when I was building my business and had the strength to put blinders on when I came across shiny objects or lifestyle images. Not because everything was bullsh*t, but because they were simply distractions. Every time I went in a different direction (and losing site of the fundamentals), it delayed the results I wanted.

Let’s say you decide you want to paint your house (or simply a room for that matter). What happens if start painting one wall, then go to Pinterest and start looking at other paint colors. You see something that appears to look better so you go get a different color and start over.

Then you do this 10 more times.

You NEVER see the end result. You never get the full picture for what the color would look like on the house or in the room because you never complete the job.

Let’s say you do finish the paint job…

Unless you’re having a party or inviting people over you’ll never get the ‘wow! Love the paint color you chose!’ Of course, you painted the room for you, but the validation still feels good, right?

At some point you’d just pick a color… any color, because you’d be so sick of painting that you would just want it DONE.

This is what happens in business when you keep jumping from one thing to the next (note: there is also a time for letting things go before they’re finished as well, but that’s for another discussion).

If this doesn’t look exciting to you then you’re missing the point.

Each of these elements builds on the other and there are all kinds of magic that happen along the way.

I know some of this might seem ambiguous, so I’m going to give you a few tangible things to sink your teeth into. I love case studies and real results just as much as the next person.

So I’ll share a recent tangible result for you.

From May to June I literally DOUBLED my podcast downloads.

The only thing I’ve done differently is added live streaming to the mix. I’ve done a few live streams on my WPChick Facebook page and it’s paying off.

Here’s my process for live streams (take with a grain of salt, this is still new territory for me):

And that’s just the beginning.

At some point, I see pulling snippets from the live stream (video & audio) and sharing those as well.

I tested a Giveaway when I hit episode 150 (it was after the episode aired, I don’t see doing live streams as podcast episodes, but who knows). I reached out to some of my friends in this space (Beaver Builder, Hani Mourra, PowerPack, Gordan Orlic) and they donated licenses for their tools.  It was a blast.

Here’s what I know about live streaming after my first few streams:

Why do I think this is working well for me?

I know I’ve got an audience already, but my FB page isn’t huge.. I have less than 6k likes.

But I’m on Facebook daily, I share other people’s content, I stay in communication with my audience and I’m constantly producing. Some of it’s great, some of it, not so much. That’s O.K., I do it anyways.

And as a reminder, this happened after 150 episodes.

Looping back to the beginning of this episode where I mentioned the new podcast from Thrive Themes. Shane also said something else that really resonated with me (I’m paraphrasing here):

“I like doing things that are difficult because it gives me an advantage. Most people won’t stick with it if it’s difficult,”

He wasn’t referring to things being technically difficult. He was referring to the things that take time and energy and need to be done consistently before seeing any sort of ROI.

Look again at the steps I mentioned I go through with each live stream (I haven’t added up the actual time involved, but it’s probably safe to say it’s a good 4 or 5 hours for each live stream, including the actual live stream itself). How many people do you think will read that and think it’s not worth the time and energy?

Every podcast episode requires about the same amount of time.

Is it worth it?