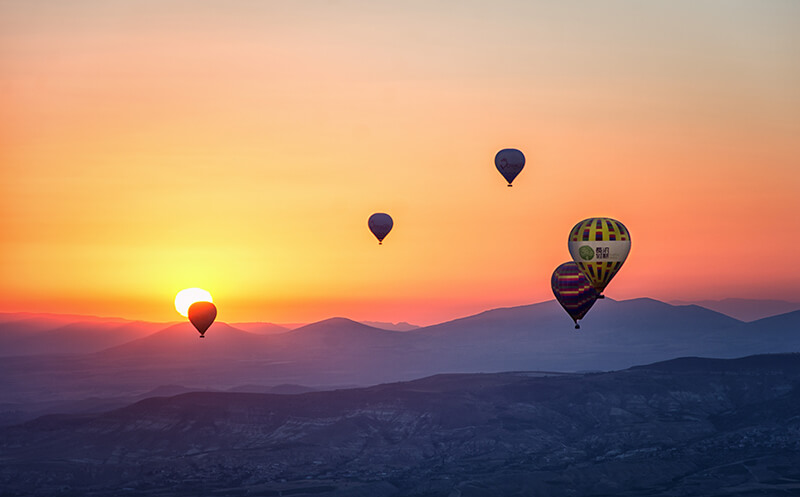 This is one of those years that felt like it dragged on and flew by at the same time.

Although I think by the time December rolls around I seem to say that every year… how about you?

This was probably one of the biggest years for me in my business in terms of what has changed, which is pretty exciting. It was also the least amount of income I’ve earned in a long time… as well as being the most fun I’ve had since I started my business. Why is that? Let’s jump into the Self Awareness part first.

Which was scary as hell, but I knew it was time.

It took the first quarter to wrap up the last couple of website projects I had, then a couple of clients I had on retainer for service work (social media and blog posting for one and podcast production for another) wound down over time (organically). As awesome as it was, it was also sort of a strange feeling for a while. I had to retrain myself how to work or go about my day. I joke that I felt like I won the ‘time lottery’ (if such a thing existed). I found myself with large blocks of time, wondering how I was going to spend it, even though I had plenty that needed to be done.

This also meant I shut down the outsourcing side of my business as well (I had an outsourcing company and my own designer and developer). In addition to being nervous about letting the recurring revenue go, I was concerned for my team. I had worked with my lead developer and designer for almost 6 years and wanted to do what I could to keep them whole, so I talked with the clients and had them go directly to the developers and designers. This way no one had to start over so-to-speak and I felt good about my decision.

Even before everything wound down, once I had made the decision to shut the service work down I felt as though the weight of the world had been lifted off my shoulders.

Once I had made the decision to stop service work, the weight of the world had been lifted off my shoulders. @kimdoyal Click to Tweet

The truth of the matter is that I never started my business with the intention to do websites, service work, or client work. In a way I guess I didn’t really have a definitive direction when I started other than I wanted to do information marketing (on what, I didn’t know) online and never ever have to go back to a job I didn’t like again.

Unbeknownst to me, I ended up creating a job for myself. At least that’s how it always felt. I know I could have been much more profitable and grown more of an actual agency than I did, but it’s hard to invest in that (time and money) when it isn’t what you want to be doing in the first place. The best way I can describe this is how I felt after doing podcast services for clients as well (which by the way, was much more profitable than websites, which in my opinion, have become a commodity). I prefer being the star than the producer and it was time to own that.

Working through letting this go, which was tied to my brand and my online identity required a lot of self-awareness. It was time to own what I really enjoyed doing, what I was good at, and how I most helped people.

None of that included service work.

Before I get into what that did mean for my business, I want to drive home a few realizations I had recently that also tie into letting all of the service work go as well.

Now that I’ve been immersing myself in Gary V’s content one commitment I made to myself for 2018 was that I am going to bet on my strengths. Focus on the things I’m good at and stop trying to do things I don’t enjoy and have zero business doing. It finally dawned on me that it was crazy to try to get really good at something I hated.

Now that I don’t have client work it’s much easier to not stress about these two things. That being said, with LeadSurveys about to launch (it should be live on my site next week) and a premium membership coming it’s time to look at how these things can be done without me deciding I need to learn Quickbooks or master a new project management platform. I have zero desire to do either.

My strengths are in creating, connecting, inspiring, and simply being ME.

Everything I do will be done on two sites and there will only be a couple of offers. The beauty of that is the overlap, but I’ll get more into that in another episode.

I absolutely friggin LOVE that people are talking more about content again… AND… that content marketing is pretty much just “marketing” now. It’s not optional, we all need to do it, and now more than ever, it’s about unique original content. Not formulas that work for SEO. In fact, I’ll be making a few predictions around content in a minute.

I launched my Content Creators Facebook group over the summer and it’s already grown to almost 1200 people. I am SO thrilled about this. It’s also an amazing group of highly engaged people who are supportive. I honestly couldn’t be happier with the direction this group is going in. Do I have plans for the group? You bet I do. But again, that will have to be in a separate episode. You’ll be hearing a lot more about in 2018 (which is all of a few days away).

After the investments, I made in the last few years in a mastermind and a Facebook ad agency I decided to roll back to what I really loved to do, which is creating content that builds your audience and brand while selling.

The key with content, of course, is to make sure you promote it… consistently. I used CoSchedule for this but have also gotten better about emailing my list about new content. Novel idea, right? I don’t know what my hangup with promoting was before, but I’m glad I’m over it. You HAVE to promote yourself and re-share your content, on a regular basis. How did I get over my ‘fear’ of self-promotion? By doing it. Yep. It’s that simple. I didn’t read a book, follow anyone else’s steps or tips. I simply made the decision to do it and jumped in.

This is just the beginning. People are on information overload, so it’s all about connecting with people where they are. It’s about relating to people, whatever they’re going through.

Besides saying goodbye to what was essentially my business for the last 9 years (I’m hitting 10 years in March! Holy moly!), there have been some other goodbyes this year. Don’t worry, it won’t be depressing, it’s actually quite liberating.

I’ve had some friendships that seem to have run their course, and that’s O.K. These were friendships through business and while I will always care about these people, sometimes you need to let things go. At first, the little kid in me was sad about this (there wasn’t a major falling out, which also tells me it was probably time with the organic way things unfolded), but then I realized it was time for me to move in a different direction. Not all friendships are supposed to last forever, right? There is a season for everything. I made a very conscious decision to spend more time implementing than talking about things. For people who spend more time planning and talking, this is going to cause some discomfort.

I also decided to say goodbye to complaining and negativity.

Not that I was big on either, but I don’t have room in my life for people who want to focus on negativity or are always looking for something to complain about it.

I’ll do a quick vent of things to get it out of my body, but I won’t keep telling stories. Once I’ve gotten it out I’m done. Time to move on.

Here are a few other things I decided to say Goodbye to as the year wound down:

AND… last but not least…

It’s time to say Goodbye to “The WordPress Chick.”

I’ll be transitioning to KimDoyal.com by the end of January 2018. The podcast will move over there, I’m simply going to change the name and will continue the same format (I’ll still interview WP people, but as you can probably tell, I haven’t focused on WordPress for a long time). I debated on what to do with the site, the content, all of it.

At the end of the day though, The WordPress Chick IS ME. I’ll obviously be deleting a lot of content, doing a 301 redirect and making a more substantial announcement (and some sort of celebration of where I’m going) at the end of January, but you heard it here first. It might roll into early February, but my goal is the end of January.

SO… there you have it, my friends!

Happy New Year to ALL of you!